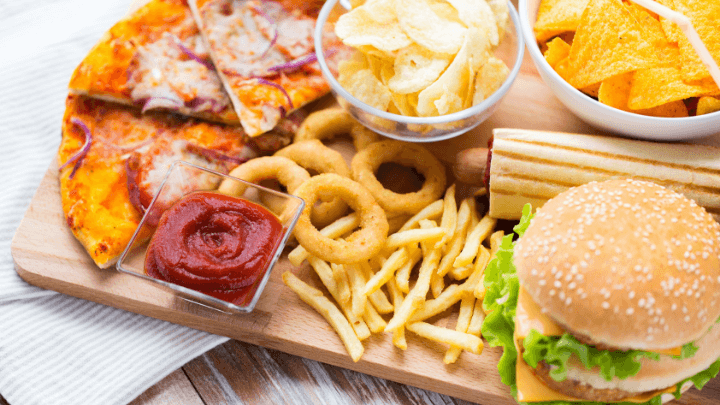 Various reports have been doing the rounds claiming that the presence of too much internal fat, the sort that is wrapped around our abdominal organs such as heart, liver and pancreas, may have a bearing on the onset of Alzheimer’s disease. From the results of extensive studies, medical science has now confirmed that middle-age spread, not to mention the dreaded beer-belly, does indeed have links to dementia.

What do the Scientists Say?

Significant findings came from a cohort study conducted by researchers from Boston University School of Medicine. This study involved several hundred participants with an average age of 60 years. During the study, measurements were taken of body mass index and also waist circumference. MRI scans were also used to identify visceral fat around the abdominal organs. The findings, published in the medical journal Annals of Neurology, showed that as BMI increased, so brain volume decreased.

Although this factor had already been noted from the results of previous studies, in this particular project, a clearer connection came to light between abdominal fat and the risk of dementia. The study concluded that the link between visceral fat and reduced brain volume was not so much dependent upon overall weight, but more specifically, on the presence of excessive amounts of visceral fat.

Back in 2008, a Californian study funded by the NIA (National Institute on Ageing), stated that belly fat, otherwise known as visceral fat, is the most damaging kind as it produces molecules that can pass into, and interact with, the brain. When compared with more general obesity, visceral fat presents the greater risk for type 2 diabetes, insulin resistance, heart disease, stroke and Alzheimer’s disease.

The study found that middle aged people with large amounts of internal abdominal fat are more likely to develop Alzheimer’s disease later in life. It would appear that abdominal fat is its own disease-generating organism. To quote Dr Suzana Petanceska, Programme Director of the NIA’s Division of Neuroscience: “Your fat is a very active endocrine organ that has a life of its own. How it interacts with the brain may profoundly inform us about brain aging and Alzheimer’s.”

Studies have found that the brains of Alzheimer’s patients show signs of chronic inflammation. They also have raised levels of cytokines in the blood which are associated with age-related cognitive decline. Visceral fat secretes cytokines which increase inflammation and it is thought that this may be one of the reasons why abdominal fat can cause faster brain ageing and dysfunction.

What are the Other Risk Factors?

“Age is the biggest risk factor for dementia, but while we cannot stop the ageing process, there is a growing body of evidence linking lifestyle factors to dementia risk. Excess visceral fat has been linked to high blood pressure, and research suggests that high blood pressure could also contribute to Alzheimer’s disease.

“The best current evidence suggests that a healthy diet, not smoking, regular exercise, controlling blood pressure and cholesterol can all help to reduce the risk of Alzheimer’s disease.”

Dr Phipps went on to say:

“It is important to remember that diseases like Alzheimer’s are complex and are caused by a combination of genetic and lifestyle factors which are still not completely understood. While there are ways individuals can reduce their risk of dementia, there is no definitive way to prevent the condition.”

There are of course many things which can predispose us to dementia. We know that genetics play a part, as do certain lifestyle traits such as alcohol and drug abuse, couch-potato syndrome, fast food addiction and a life-long refusal to stimulate the little grey cells. But let’s assume that we live a pretty healthy life, eat real food, exercise reasonably often, and tackle The Times crossword on the train each morning. Internal fat is something that may not even have crossed our minds. Indeed, many of us may not even have known of its existence. Suddenly we are faced with the fact that if we are to make old bones, and more importantly, to actually enjoy the state of being older and wiser, then we need to do something about this unseen quantity of adipose tissue that lurks between our major abdominal organs.

Due to these relatively new discoveries, the facts are now staring us in the face, or they would be if they were not buried deep within our abdominal cavity. We must take steps to find out if we have too much of the stuff, and if we do then it must be eliminated. The question is, how do we know what a safe quantity is, and what can we do to find out? Check out our blog post ‘Measuring Visceral Fat.’

Figures revealed by Alzheimer’s UK state that 850,000 people in the UK are suffering from dementia right now, and they forecast that 225,000 people will develop dementia in the coming year; that’s a staggering one person every three minutes. These are sobering statistics, and figures that even knock heart disease into second place, but medical science is giving us good advice on what we can do to minimise our risk.

One of the greatest tools we have against dementia is good nutrition, and there is ever increasing evidence showing that a diet rich in vegetables, nuts and oily fish may significantly reduce our chance of falling prey to Alzheimer’s disease. Highly recommended is the ‘Mediterranean diet’ and cutting down on high-fat dairy products and red meats. Foods rich in omega 3 and 6 fatty acids, vitamin E and folate have also been heralded as weapons of anti-dementia.

In light of the research into visceral fat linked to dementia, it becomes ever more important to work on a healthier lifestyle with much more exercise and healthy food choices. If you believe yourself to be carrying abdominal fat, you may wish to consider taking a supplement of inulin to help your body burn the excess stores.

Inulin is a naturally occurring soluble fibre found in many vegetables, and particularly roots such as chicory and Jerusalem artichoke. The supplement form was recommended to TV broadcaster, Angela Rippon, during the making of a documentary programme entitled How to stay young. The shock diagnosis that she was carrying an excessive amount of visceral fat was revealed by Jimmy Bell, Medical Professor of Imperial College London. Angela subsequently made the decision to help herself to burn away the dangerous stores of internal abdominal fat by taking inulin as a daily supplement. Find out more from our comprehensive Ultimate Question and Answer Guide to Inulin.

We wish you success in any midriff reduction plan you may devise, and please keep us posted. We’d love to hear your thoughts and experiences on the subject.

The Alzheimer’s Society gives information and support to those coping with the disease or caring for a loved one with any type of dementia.

ALL TIME THIS WEEK